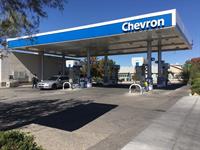 The side view mirror was loose due to a stripped screw. I did not notice this until I was on the highway and almost drove another car off the road because the mirror slipped into a position from which I could not see properly. I tried twice to fix it myself, then had to take an hour out of my driving time (moving across the country) to stop at a garage and have it fixed. I assumed there would have been a basic safety check done on the vehicle, or at least that it would have been adequately maintained.

Don't worry? You won't get mugged? Just kidding. It is just an old building and wasn't clearly marked U-Haul from the main road. Once you pulled in you could see some signs. The man behind the counter was very helpful.

There was no UHaul signage and, being in an unfamiliar location, we did not feel comfortable picking up the vehicle at a gas station.

It looked run down and it wasn't really a U-Haul location. It was a store front in a bad neighborhood.

The UHaul location online says it opens at 8am. However, the Chevron station opens at 8:30am where all the keys are kept locked inside. To be able to do the online pickup you need to get the keys from the Chevron station. We were only able to get the keys at 8:30am instead of our requested time at 8am. There should be a time change that the location only opens at 8:30am. Then the truck was not cleaned in the back and in the cab. There were pieces of glass, thumbtacks, wrappers, and sand all in the back of the truck. The cab's cupholder was sticky and there were sunflower seeds in the cupholder. Also I requested one dozen furniture pads, but I was only given 9 furniture pads. They were not in the back of the truck. I went inside to get the furniture pads. The attendant did not count the number of furniture pads and I was not given enough for my move.

Average. Location is not in the best area.

The other driver returned the truck so I don't know anything about the location. It was conveniently near the airport.

Corporate management should visit locations and try to execute a rental. For it to take 45 minutes after I already checked in and had a phone check in is embarrassing.

We had great service. The system crashed, once they had it up and running everything went well.

We returned the truck clean still charged me a cleaning fee. WILL NOT go back to u-haul again!

It would be useful to have uniform, and publically available, information about insurance rates. In Santa Monica I was quoted $48/day. In Albuquerque it was $70 or more, maybe $125/day...the agent wasn't very specific or clear what the difference was between the $70 and $125 coverages..

Clean the trucks. It smelled bad.

Stop all the hidden fees, I paid way too much for this uhaul

This location is pretty shady, as it's being run out of a gas station and the attendant is behind bullet proof glass. Uhaul should make it clearer this location is not a full uhaul office.

The person who handled my return was rude and berating during the transaction.

Inside of truck was not swept and dirty. We had to drive to the other extreme of town to pick up truck and then we were charged for extra miles when we returned the truck

The location was a gas station, so a bit odd. But the guy who helped me was very nice and helpful.

The uhaul station informed me to refill the vehicle to 3/4 of a tank like it was before I rented the vehicle. We did so and were actually above the 3/4 's line. After, we were still charged 8 dollars for additional gas!

Truck not cleaned or properly documented

The New Mexico Uhaul crew are all super kind people. From our first stop to pur second getting us the right size truck was made easy as pie. Thank you Uhaul Crew!

The U-haul was supposed to be ready before Noon, it arrived at 1:00 pm. the Chevron station parking lot was riddled with Syringes. The attendant was not friendly and short with is instructions. The truck was very untidy.

There was one person minding the premises, who was very professional, but had to mind the store front as well as run the U-Haul rental, which seemed to be a tacked on enterprise.

This place was a nightmare. The guy couldn't manage his nasty gas station let alone a Uhual,

Probably wouldn't recommend this location since there was really no place to park one's own vehicle while one is renting the truck. I had to park across the street in a strip mall, frankly risking being towed. I do appear to have been charged twice for this transaction as well, based on a new charge to my debit card. Would you mind please looking into this for me? Thank you.

The location was not the problem. I confirmed a truck; was called the morning I was picking it up and told it was unsvailable; sent me to different place; this person wasn't notified. It took over 45 min to get the truck, and I still had to pay more than I was supposed to have to.

I was sent to this location after the 6th street location "gave away" my reservation which I gave my credit card info when booking in advance, because I was "late". I argued "What difference does it make if I show up later than the time I reserved it? I booked and paid for it! Why would you give it away?" and again their response was "but you were late, so we gave it to the next customer". Again, I said, "But I already gave you payment, it shouldn't matter when I pick it up!" Response: "But you were supposed to pick it up at 10am....you were late, so we gave it to the next customer". I said, just like a hotel booking, if I give payment information and book a room, it doesn't matter when I show up to get my keys. Response: I don't know how hotels work..... Anyhow, this new location was fine, but gave me the worst out of 3 trucks they had. Bald tires, scrapes and dents all around. I refused to take that truck when there were 2 other perfectly good trucks. The rep / gas station attendant didn't give me any hassle changing it to one of the other trucks. But then I noticed the contract said the return time was 2.5 hours earlier than the out time. I called, and he said it would be ok to return at the time I took it out. So all in all, he was easy going, but I still had to go out of my way to make sure I had a decent truck, and I wasn't going to get charged extra for the contract typo. U-Haul is and has always been my last resort choice. Sorry to say..

Dirt, tacks, small household items, and, broken glass in trailer should have been swept out before renting to us.

Super nice guy at the Chevron location we dropped off at. He was by himself running the station and store but was super friendly and helpful and got us a checked in really quickly.

The experience was great just wish they would offer military discounts like the other companies we heard about after we had signed the contract.

The man was very rude and unhelpful

The area is not in the nicest part of town.

Horrified that I go to this location and when I'm about to take off with a u haul I get stopped by a homeless lady to tell me she didn't think anybody was going to use this and that she needed to get her stuff from the back. I'm horrified but just thought she stored some stuff there. When I get to my apartment to move and look in the back there was a mess in the back that I needed to clean because this homeless lady was living in here. Hopefully I don't get bed bugs. This location needs to lock up their uhual . Never am I renting a uhual again

I like the person who runs the place. He is very good person. Very courteous professional in his business. The neighborhood is not so good. Many transients there. Makes you feel uncomfortable. It was the only place I could rent a 10 foot truck.

The reason why I don't recommend is it is because you have to wait in line since it's a convenient store and I was kept waiting until there were no more customers. The vehicle was fine and so was the location in town.

I was charged 5 dollars each for a dolly and furniture pads, even though I said I didn't need them, nor did they give me any. I would like my 10 dollars refunded for something I didn't have.

Didn't have hitch nor other requested items. I had to locate a different station for these

Rep barely spoke English. Did not understand booking system. Fumbled around quite a bit. No paper contract provided.

Location wise, nothing. Alternator belt is slipping and AC did not work.

The truck was not clean, the windowwipers needed to be replaced.and because of this there was a big scrap onthe windshield. I found out after leaving there was a whole in the roof of the bed.

Took approximately 45 minutes to secure the trailer but that is not the worst part. The trailer leaked and damaged our load. We have used U-Haul numerous times but am now considering looking into another company. VERY DISAPPOINTED.

This location is a gas statin in a rough part of town. I had to interact with the owner through a small window in the bullet proof glass. He was either drunk or hungover. His printer didn't work so he asked to use my phone to take a picture of his computer screen. They didn't have the dolly or blankets I reserved either so I had to go to another Uhaul to get them.

The person assisting us was so helpful, supportive, and professional. I was very stressed with the ordeal of moving, but your attendant made the transaction easy. Thank you