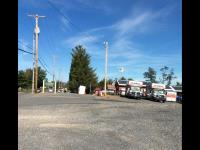 The owner met us at her business outside of regular operating hours, again, to help us to finalize the move from our property. Sherry is accommodating one every way. Her service is outstanding in every way!

I selected this location because it was close to home and I wanted to drop off during business hours to make sure the paperwork got closed out and the equipment would be received in the condition I left it. I arrived and asked a staff person at the desk about dropping off a UHaul trailer. She told me to park the trailer where the other trailers were and to call Sherry and advise that I was dropping off a trailer. That's it. Was surprised that there was no assistance getting the trailer positioned and unhooked, I didn't pay an after hours dropoff fee, it wasn't after hours. There was a line of uhaul trucks parked, and a single 5x8 trailer on a parking pad nearby, I parked the 5x8 box trailer next to the other trailer. It's a good thing it was only a 5x8. I chocked it with a couple of rocks, unhooked it, took pictures, and called Sherry. She said she'd email a receipt, â€œlater, or sometime.â€ If it had been a larger trailer I'd have been out of luck and would have had to figure it out (65 year old with a bad back, no gloves, yadda-yadda). Not incapable, just disappointed. I'd recommend a different location. Even though the UHaul at 1111 Harrisburg Pike, Carlisle, PA doesn't get good reviews (well founded, I've been there as well), at least you don't have to unhook the equipment yourself.

Another flawless experience! Sherry, the enthusiastic owner, goes completely out of her way to accommodate the customer, every time!

They were super helpful and friendly!

Outstanding Service! Nothing to improve on! Sherry and her team went above and beyond in every way!

Didn't have a lot person or reciever. Just drop and go

excellent customer service when your website was having issues they stuck with me.

Price At this location the sales lady was very helpful and got a lower price for me.

No complaints can only recommend

Overall excellent experience in both rental and drop off. Staff very helpful.

Nothing it was perfect no problems at all very nice staff

Everything was awesome!! I absolutely would recommend Hippensteel location to anyone in the area!

Sherry with Hippensteel Auto was GREAT and VERY helpful. Great experience! Thanks.

Make sure there are no glitches in the system so they have a smooth pick up.

Would never recommend shippensburg. Lady was extremely rude and wanted to charge me over 150 more than newville.

Some confusion but successful overall.

I thought I left my personal car keys in the truck that we had locked before turning in the keys. The person I contacted begging them not to rent the truck without checking it for my keys was beyond amazing. Came in after hours allowing me to search the truck on a Saturday evening. Can't begin to praise her customer service enough.

I am totally confident when I store my trailer at Hippensteels. It’s a great storage facility.

After hours pickup app lacks quality, took 45 minutes......great layout local staff helped after hours. This was a corporate re-route by UHaul since my requested location (Carlisle PA) did not have the vehicle I requested.

If I would of been able to take the uhaul back to the location near the move I would of saved miles instead I was charged 43.00 more because of miles,all because the person wanted the truck back to them.that's a long haul back to newville,pa.very very disgusted.

Pick up and drop off very helpful

Staff was really friendly, and made sure my needs were met. Next time I need a truck rental, I'll be sure to come here again.

Dropoff location for Uhaul wasn't well marked, but again everyone was friendly and helpful.

Outside rearview mirrors are very difficult to adjust. Agency should demonstrate adjustment or assist in adjusting.

Sherrie was fantastic to work with. She was very helpful and friendly. I was very happy with getting my U-Haul from Hippensteel, and will absolutely use them the next time I need a truck.

There is no needed improvement that I can recommend. The rental satisfied my needs and it was convenient to my area of use. The attendant was very helpful and expedited the processing of the van with little delay.

Excellent service when picking up the trailer. Easy and hassle free. thanks

The owner was more than accomodating and provided true "country service" with the addition of picking me up and transporting me to the U-Haul location since I am injured. VERY Helpful....EXCELLENT Service!!!!

Woman very ignorant, and just not what I expected. This is the second time ive had a bad experience with this woman.

The folks at Hippensteel went above and beyond! Many thanks!!

Not happy with overall experience. Did not need insurance due to my full coverage covering the uhaul. But still charged. After saying no. Was told it was a good vehicle. The thing stalled, shakes horribly, steering wheel shifted to right, and smelt like cat pee. NOT HAPPY. Will stick with another rental provider.

Awesome people to work with!

The drop off location was close and great. I was a little confused at the key drop because the key drop box was at an auto repair shop and did not indicate that was also the key drop location for the U-Haul rental.

Not a thing, & I will contact Hippensteel in December to move my sister in Carlisle. Thank U again.

Trailers needs trailer/jack stands to make hooking the trailer up easy. The setup now doesn't allow for one person to hook it up by themselves

No sign or person there telling you what to do.

The service was very professional and helpful. She was very kind and patient during my time of stress. My experience with this company was very friendly from the first phone call to the time I dropped the truck off that I will use them again on my next move in June. Friendly service like this is hard to come by. Everything was much appreciated. Thank-You Grace

We had made a reservation for a similar truck from Budget weeks before our arrival in Pennsylvania. We got a call from the Mechanicsburg Budget facility on our way to the airport in Chicago telling us that the truck that we reserved was not available and that we would have to go 40 miles out of our way to get the truck. That's when we contacted the Newville PA U-Haul and at the last minute Cheryl "made it happen". She did everything necessary to accommodate us, even driving to Carlisle after hours to pick up extra pads and delivering them personally to the house we were staying at. Great job, great service. Budget didn't care, but Cheryl did.

The back of the 20' truck cab was mud. No one cleaned it out!

Excellent service. Very friendly atmosphere. Check-in process was very smooth and enjoyable. I would definitely recommend. Location is clean, large, and secure. Thanks so much.