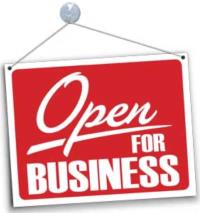 My experience is always a great experience. She makes sure to answer all my questions and goes on and beyond to assure everything is taken care of

Since I was notified of a change in pick-up location (an hour away from my hometown), I had a few questions for the staff member. She requested a driver's license from me, the person paying for the Uhaul; so I asked if anyone in our group of adults would be covered by the extra insurance I was purchasing if they would drive the vehicle. It took awhile for her to begrudgingly confirm that they would probably be covered. She told me there would be no padding/blankets that I had originally ordered. I said that was in my agreement. Her response was to just go back to my hometown to get them where they didn't have the truck I had requested. When she requested payment, I asked for a printout of what I was being charged. Finally, she handed it to me; after looking it over, I noticed it said I had one day to return the vehicle and tow dolly. When I asked about it, she began to get irritated. She stood up and said, â€œMa'am, we are just a pick up/ drop off. I'm just telling you what it says on my computer.â€ I said that I just wanted to cover my bases since this is a new place and I have never done this before. She sat down, saying, â€œThis is what is wrong with America.â€ Seriously! Finally, she got her money, added a few blankets that she happened to find, and I left with the truck and tow dolly. I didn't even mention that the drop off location was further away from the one that I had originally requested because I didn't want her to refuse to rent to me. I was at her mercy even though I was the customer paying for a service. Very rude!! Would not do business there again, unless forced to do so.

Jenifer was very helpful and friendly.

I had completed the pre-check in which DID NOT speed up or streamline the pick-up. I reserved a 26' truck and an auto-transport for a 1:00 p.m. pickup. I arrived at 2:00 p.m. and only the truck was there. I was told the auto-transport was on its way, thus I had to stop loading to return to this dealer an hour later to get the auto-transport.

Great and very nice people. A joy to do business with them and I will again most certainly very soon.

We had to drive in rain, and the trailer leaked, a few boxes got wet, the trailer was very old. It could use dolly, the trailer is very heavy and one person could not lift

Nothing. Jenifer was vey helpful and kind.

Easy process. Will use this again.

I will do again

What equipment will be needed per what your renting. For example, what size ball is required for the hitch, type of wiring it requires. Little things that are sometimes assumed that everyone was knows what they are! Overall it was a very uneventful trip which is good when it comes to your equipment. Thanks U-Haul...

It was a great experience!

When I booked the Uhaul online, I specifically did not add the $28 insurance because I checked with our car insurance company and we are covered for uhaul rentals. However, when my husband called to confirm the rental on the phone and pay, the $28 was added on.

We dropped off after hours using the app. It was easy to use.

very happy with over all experience.

We have rented a trailer several times. You are great to work with.

Customer service at rental was great, staff on return could no be bothered.

the blinkers did not work for the side they were to blink and so did the truck I use in November if you put on the right it blinked left and when you have you light on the back light did not work I may have to find another means for transporting my items as for what we pay all should work properly. I can wait until I hook up to see if all works Because I have a dead line and have to be at a certain place at a certain Time

everything is very good