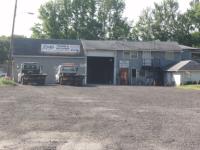 ABSOLUTELY THE WORST EXPERIENCE I HAVE EVER HAD RENTING ANYTHING. YOU PEOPLE ARE ABSOLUTELY WORTHLESS.

After hours drop off. Midday Saturday. Not a very inviting appearance.

Just had drop off keys in drop box. Lot is big .not a small lot. Nice spot.

They over charged me

Service was great, he was busy with a customer but still addressed me and let me drop off my information without waiting. Very friendly

find a new line of work renting vehicles is not it! uhaul is the WORST..The list of what they did wrong is staggering....

Nothing service and price was better than expected!!!

They fraudulently charged me for returning the truck fueled under 1/4 tank. I have a picture of the trucks dashboard which shows the ID, mileage and amount of fuel. The manager did not look at the picture and said "How do I know you did not take the picture at pick up!" The mileage Sir in the photo would be evident of that. He refused to refund the entire amount charged. I filed a dispute with my credit card company. Unbelievable

I did not appreciate the pickup location being changed the morning of pickup, but I understand that I need you more than you need me. At least the new pickup location was close by and the gentleman who helped me was very nice.

The agent was well informed and very helpful. It was a pleasure working with him.

The Uhaul which was rented to me by Ed Wilkins he says was clean enough. I didn't expect it to be immaculate. It's was the or one of the largest Uhauls they rent and it was an older truck. It took me about an hour to rent the Uhaul, because the computer system kept saying it was already rented. It drove fine. Nothing was majorly wrong until after I got home and looked at my receipt which they said they couldn't provide to me until about an hour later. I would be emailed the receipt. I asked how do I make sure the billing was correct and was assured verbally that it would be. When I got my bill, I was so pissed off. I made sure every piece of trash was removed before I left the truck. The only trash was a couple of empty water bottles. The stuff being moved from one location to another was some kitchen chairs, a recliner, two tables, a couple shelves, and a few miscellaneous boxes of household items. We weren't moving mulch, stones, trees, bushes, dirt, sand, or anything whatsoever that would leave a mess. The truck was left in the same condition as when I got it, and the man said everything was fine when he inspected it. But when I got home, and checked my email the bill had an additional $50.00 cleaning fee plus $3.31 for tax for the cleaning fee. Again, the man said he inspected the truck and it was fine. I moved nothing that left dirt and filth. They were basic household items. And I removed the water bottles. I couldn't believe he tried to rip me off. I called Ed Wilkins who'd I'd spent about an hour with because he could'nt figure out his computer the day before and asked him why he didn't say anything about the cleaning fee when I dropped it off. I told him I removed all trash. He had it inspected and said nothing, but refused to give me my receipt. So when I left, I had no idea there was going to be an extra $53.31 charged to my cc. He then said he couldn't reverse it. I had to call customer service. I wish I remembered the ladies name, and I'd appreciate it if any Uhaul supervisor reads this to applaud that lady for her professionalism and pleasant demeanor which kept me as calm as possible. She did refund my $53.31 after calling Ed Wilkins. He after lying about the condition of the Uhaul did agree to "make me happy" and said it was ok to refund my money to make him I believe look like a kind and reasonable Uhaul vendor. But I believe he was trying to get an extra $50 added to the deal and figures most people wouldn't say anything. I just don't want him taking advantage of others like he tried to do to me. If anyone thinks I would wait for about 20 minutes to get a hold of someone at Uhaul and take my time to write this comment just for kicks, because I'm a habitual complainer, or I just have nothing better to do, you're mistaken. Just want to prevent others from being ripped off. Shame on you Ed Wilkins!

There was a issue with our pick up in general. One truck was low on fuel.

The person that helped me was a complete Jerk. I have never heard that kind of language coming from someone his age. He foul mouth cursed the computer the whole time there. What took 40 minutes to puck up the trailer, should have taken about 5. I will NEVER pick up a trailer at that location again.

Lower the price on miles driven.

Please make sure that they offer to connect the lights and brakes when they hook you up.

Agent held my reservation as contracted. Excellent advocacy and customer service on the customers behalf. Had my pickup location and logistics changed it would have resulted in great inconvenience, rescheduling and cancellation. Completely satisfactory Uhaul experience, performance and logistics execution.

gravel driveway needs to be paved i'd say but other than that it's ok.

The stuff was rude and cursed. The trailer was beat up and not clean.

The people at Reihls were great, the problem I have still is that I needed a 15 ft truck because of my overhead space. the day before it was switched to a 20 ft truck, then the day of me moving out of my house, I got a 26 ft truck. 26 feet I couldn't get it up my drive way do to the over head, I was not able to load my tools from my garage, I now am still looking to borrow a pickup truck to move them. Not cool. This may cost me a lot more money, but not to UHAUL

After 28 years in the moving industry, it's time to look at other options for rental trucks.Ive used U hauls for many years and have never paid over $500 a day for a 20 ft trk. The mileage rate is higher than most Owner/Operators are getting a mile. A rental truck makes more money in 1 day than the average over the road truck driver. That's unheard of.

Keep your reservation and price reservation. Don't tell someone it will be 180.00 then charge 230.00.

The price was a little high for the equipment and duration.

Make sure you use subcontractors that deal with you guys that aren't working out of a cigarette smoke building. The guy was super nice and helped me load my vehicle on the auto transport... But the cigarette smell gave me an instant headache ruining the rest of my day

Explain to the customer how to operate night time lights on dashboard. For night time driving. Had a hard time with it. Plus this was my 2nd time driving a 26ft..! Usually I rent 20 ft or 14 ft.

Outstanding service!! I recommend this office for both long term and short term service. Thank you again!

The service I received was excellent ??????

That location needs a larger assortment of trucks. Seemed to only have a limited assortment.

This location was wonderful. They went out of their way to accommodate my drop off. I highly recommend this location.

The salesman at Riehls Towing (ED) was very helpful and pleasant .It was very easy for him to see exactly what I needed and it worked out nicely .Thank you very much.Jim Daino

My rental experience was good, but it was to dam expensive $1307. 00 for a trailer rental? I would expect those kind of charges for a truck, but a trailer is tooo much.

These guys waited for me on a Friday afternoon when I was running late. You cant get much better than that. Thanks

Very satisfied with the service and the manager was extremely helpful and courteous.

I was cery pleased with my rental and the location to pick up my rental. I will rent again from U-Haul and will definetly use the same location. They were very nice and explained every detail of my rental contract to me. Thank you.

The man in the office was wonderful! Very professional and friendly. He also made sure I parked in a safe place so my car would be protected overnight.

Being able to reserve a truck, from the same location and not trying to be sent to other locations. They were very helpful and I will always do business with them.