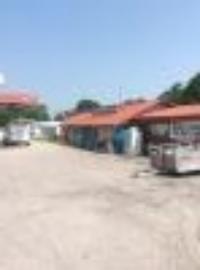 Had bad experience, to many issues. 1st time and probably last.

Called the day prior to arrange for a 8 am Friday pick up. No one returned my phone call. I called at 8am, was told someone could meet me at 10am, at 10 am, No one was there. I called it went to voicemail. A few minutes later they called back, No one was available to hook up the trailer or meet me at the Store. Chickens running everywhere, dirty unkept store front, very unprofessional.

Website and reservation system needs some work. I was unable to log in and my password was not recognized and had to call customer support the morning of pickup to log in. Also, customer should be notified in ad an email of the required verification phone call.

They accommodated an early pickup even though they werenâ€™t open.

Person was 30 minutes late for pickup and did not respond to phone calls the day prior to pickup.

I would absolutely recommend this location. They were fantastic to deal with and went above and beyond to make things better for us. I canâ€™t thank them enough and they deserve recognition.

My reservation was only for 24 hours and I made sure the truck was returned ahead of time. The truck was not to be returned until 0530 PM but I returned it just before 2 PM. I had put gas in and also cleaned out the truck. Nothing was ever said about additional charges so I thought everything was ok and went pretty smoothly until I get an email 4 nights later saying that I still had an active reservation. I called uhaul immediately and they said the location never checked the truck in when I dropped it off. So now they have me having the truck 5 days instead of 1 adding additional charges. The next day my step father and I go back down to the location, where they corrected their mistake but also charged the card $51 for miles and gas when I did put gas back in the truck. The miles were their mistake not mine since they had moved the reservation around so many times. Saying that businesses had the trucks when they did not when I shown up. I ended up getting screwed out of a lot of money because of uhauls actions and I will not ever use them again. I would never recommend to anyone unless you want to get lied to on numerous occasions and screwed out of money for THEIR MISTAKES! This was the worst experience I have ever had, and the lady the truck was dropped off to was not helpful, she was quite rude and disrespectful. She should have helped me instead of going ahead and charging me when it was clearly not my fault for the charges. I asked her point blank so I guess this just means Iâ€™m screwed out of that money instead of you helping me since it was uhauls mistake. I went through the whole story. Not one ounce of empathy or compassion for me or my family. She said you should have called uhaul. I said I did numerous times and they said I just had to put gas in and my price would stay the same. I did everything I was told and when it was all over including gas the 1 day reservation cost my family $300. Keep in mind this was only supposed to cost with tax $140. Like I said, this was the worst experience I have ever had moving and If I have to use a truck again to move, I will definitely take my business elsewhere. The prices are ridiculous to begin with and they lied to me over and over. They should not have touched a pennny in my bank account after all the hell they put me through with both getting and returning the truck.

It was a great experience fast, easy and vreat customer service

This was my first time to rent a UHaul but Mr/Mrs Fields at Bait Bucket, Corbin, KY were wonderful to work with. They had the truck ready and helped make the process easy. I would highly recommend them!! Thank You!!

Very professional and friendly easy to deal with

Store operator was very helpful. She assisted us throughout our rental. my car broke down on the highway and I needed to tow it back to Cincinnati. The truck and trailer worked fine. Thank you!

First of all it was not my pick for pick up location. Second it was about 2hrs. Wait on the truck. Third I did not get the dolly that I wanted.

Great , friendly people that helps you with any questions , goes over all the details, was fantastic!

Helped me immediately. Was in and out in no time.

.78 cents a mile is outragous. Tried to charge us .99 cents. Was not told that upfront. Would not have rented if known.

Truck was old, almost 163000 miles. I was told it was the only 26ft truck within the 30 mile radius, so I had no choice. U-haul changed my preferred location and made me drive 30 min one way to pick it up. Steering was shot, truck moved all over the road,both loaded and empty. Transmission started to whine after I went over the first pass (I75 in KY and TN). And yes, I followed the UHaul instructions and turned off the Overdrive as indicated by the instructions inside the cab. I prayed the whole 350 miles that transmission would hold out until I made it home. Brakes squealed and worked only when I floored the pedal. A very disconcerting feeling when driving the fully loaded 26ft truck.

The young lady that asssited me was very helpful and professional! She assisted me in making sure the trailer was properly attached to my vehicle.

Staff was very friendly and welcoming. Walked me through the process and helped me when my online checkin failed! Thanks to The Bait Bucket!

Very nice folks to deal with..