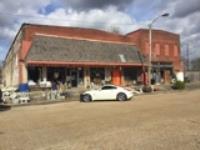 Is as expected for a very small town.

Just keep up the good work

Service was fast, friendly, and great.

When I first called the day I got the uhaul they didn't have a 10 foot truck and dis not even offer another location that had one. The voice mail said hours of operation was from 10am CST to 6pm CST, and gave me two cell phone numbers to call. I called 985 510-1599, and spoke to the man running the uhaul business around 12 noon CST, he was at the doctors and no one was at the place of buisness for me to get the uhaul. He said his female helper wasn't answering her phone and when he could get ahold of her he would call me back, and that they only had a 20 foot truck. He also needed to call me back because he was at the doctors and he needed to see if someone else had the truck on hold. He called me back and said he still hasn't gotten intouch with his female worker and that the truck was available, and he would call when someone could be at the place of buisness for me to get the truck. The man never told me the pricing or gave me any information regarding the uhaul truck. The owner who I had been talking to over the phone called me after 2 pm and said the female worker was finally at the shop for me to get truck. This shop was 30 minutes away from where I was. I went to the place of buisness and the lady behind the counter with rotten teeth was very hipper and couldn't sit steal. I had my brother, and two cousins with me. There was also a man standing next to the lady crystal sharp was her name, and he must to have been family because he didn't know much either. So as I am asking this woman questions, like how much is it she says I have to check, then I said and you don't have a 10 foot truck she said no the 20 foot is all we have. Then I asked her how long I had the truck for online it says four days, she said no it goes by where your going. After she checked by putting the town and state I was going to she said it says you have to return it in four days, I said yes that's what it said online as I just said. She said I didn't know that. Then she swipped my debit card and told me it was charging me 100.00 dollars because my card was prepaid. I told her several times no my card is not prepaid, I have a checking account that I have checks for and pay a fee monthly. She said we'll it's coming up as prepaid. Thank goodness I got my money back for that when I returned the truck. She asked where I would be returning the truck, I told her whatever uhaul was in Mattoon Illinois. She said it was left open since I was unfamiler with the area, yet I received a text message that I had to return it at a certain place when I told her I didn't know where anything was in Mattoon Illionis. I also ask Mrs. Crystal if there were any hidden info that I needed to know she said no, yet when I read the paper I had to sign it said I had to return the truck with a full tank of gas. I pointed to the information and told Mrs. Crystal it says here the truck has to have a full tank of gas, she then reads the paper and says yes it does, I said ok well t

Location is very sketchy and only one person knew what she was doing. They were friendly though. But the gps does not take you to the right place.

Small town outfit. Printer issues ...sigh. Took 20 minutes to get a 5x8 trailer I had reserved. Trailer had cutoff string and nasty looking wipes in it. Clearly not looked at prior to rental. Hope you don't need help attaching the trailer. You're on your own. Lots of room for improvement.

Very friendly and quick I recommend to anyone in the area. When I need uhaul again this will be the location I will choose.

My original reservation was for a location over half an hour away. I was told last minute to come to this flea market in Kentwood for pickup instead. It's a weird place. The owner then complained that the place I originally reserved for pickup â€œdid this (overbooked) regularly to steal their trucks.â€ He wanted us to rebook the reservation under his location so he got full credit for it. No offense man, but I don't care. I'm the one that was inconvenienced, and this is a problem with Uhaul's business model. The truck had the incorrect mileage and fuel level recorded, which would've caused me to be overcharged. It stank like cigarette smoke. The interior was covered in sticky dried liquids, and there was a tube of toothpaste on the floor.

Extremely happy with this business!!! They went ABOVE AND BEYOND to help us be able to pick our trailer up early. Couldn't ask for more. Plus they were very sweet people.

Location was easy to find. Folks were friendly and helpful with all our need. Would highly recommend them for anyone needing to move. The only thing we would have done different...we would have hired movers to help us rather than relying on family. It would have saved a lot of feelings from being tossed around.

This has nothing to do with this location as they were very helpful but i am EXTREMELY disappointed in Uhaul and I am waiting on a manager to contact me. I had a reservation several days in advance. The day before they told me rhey did not have the size i wanted but could upgrade next size up for the same price. They said it would not be ready until 11am. I called at 1030 and they said it wasnt returned yet but would call me when it was. At 1130 they called and told me they simply didnt have a truck available except an hour and a half away. I had people hired anc waiting to load my truck that uhaul didnt have. I called all other rental places that were still open and nobody had an available truck nor trailer. The reservation process at uhaul is ridiculously inept. They reserve vehicles that they dont have but are "expecting".

Another excellent experience. Thank you!!

nothing. everything was GREAT

Air did not work in the truck that was rented to me. But nice clean truck

My overall experience was it bad but having the weight the extended period while the representative slowly concluded her business with another customer wasn't very professional. The fact that they did not confirm the amount of gas in the truck before giving me the keys, it wasn't until later that I noticed that the fuel gauge was Far Below the indicated level on the contract, there was no walk-around inspection before I took the truck, and the instruction to only debit my account for a set amount and the rest being paid in cash was strictly ignored as well.