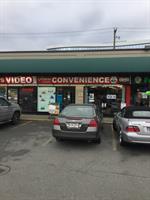 The car had some disinfecting wipes in there which is not really good during the pandemic.

The location and staff were great. We struggled using the app. (It refused to process our checking in, checking out - had to go inside the business instead.) Having more trucks available for rent in the downtown core would also be a huge plus as most of our mileage was getting to and from the U-Haul location.

Don't let customers purchase equipment if you don't actually have it. Such as DOLLEYS, ordered a month in advance. Only to be told when I'm picking up my u-haul that I won't have it. That's is completely unprofessional and really sets someone back when moving. Due to this I will no longer be using u-haul for any future movings or rentals. Cheers

Worst rental experience I have ever had. Truck was dirty inside, especially left over food in the cupholders. Pick up of the truck wasn't even at the location mentioned but 2 blocks away. The employee of the pick up location asked me to drive another U-Haul to the location of my actual U-Haul truck. I also rented 2 pieces of moving equipment he wanted me to have to carry 2 blocks back to the store after dropping off the truck at the pick up location. Extremely poor communication on this company's end and I will do everything in my power to make sure I won't be coming back or directing business to U-Haul again.

Please put some clear U-Hauls signs at the pick-up place! It was my first time using U-Haul service and it took me half an hour just to find out that this crappy Express News place was where I needed to go to pick up my rental van. I had to ask people in the vicinity otherwise I'd never have guessed I had to pick the keys in a photo/convenience store. Also this Express News was CLOSED so I had to wait the rude chinese clerk to open the store, attend other people that was already there, and just then (after struggling to understand what she was saying due to a very poor and badly pronounced english) I was able to pick up the van I had rented. It definitely wasn't a good first experience at all!

I rented to pick up somewhere and U-hal changed places without telling me. In addition, I rented a dolly and, when I was picked up, the place didn't have one. That was the worst car rental experience in my life.

Location accessible. Wish there was one downtown. All okay.

There was no drop off key box at the front of facility (store). We decided to return early but also was during off hours. We did not find the safe key drop off zone.

Terrible service. I had a moving truck booked for 12pm but the truck was not returned on time and I was not able to start my hourly rental until 12:15. The owner/manager gave me a hard time when I was asking to have an extra 15 minutes at the end of my rental period due to the late return from another customer. I thought this was fair but she was completely uncooperative and unhelpful. When I was returning the truck, the manager had left the store and there was no one to communicate with about how to return the vehicle. There was no drop box either. She had not given any instructions beforehand and I was standing there unsure of what to do. I had to call the U-HAUL helpline and speak with a representative there to confirm drop off. I was told to put the keys in the truck and lock the truck. An hour or so later I got a phone call from the store manager and she was frustrated at me for locking the keys in the truck. I will not recommend this location nor rent here again.

This location is extremely difficult to find. There is not a single sign indicating where it is. The costumer service wasn't great. But once we found the location and got the keys everything went smoothly.

Customer service very good! Truck tray was a bit dirty but whatever that's not their fault.

Staff working at this location barely speaks English and is not very clear with instructions. If I could give it a zero for customer service I would.

On June 11, 2020 I rented a 10 ft. truck for 8 hours , as saved in my orders. The truck was parked three blocks away, and when I finally found it the truck it was still full of construction waste, including drywall, studs and scrap metal appliances. I took pictures and walked back to the dealer, who asked hw long it would take to clean it, as if i would be doing the cleaning. She found another truck after about ten minutes. I walked even further to find this truck only to find the truck has one quarter tank of fuel. I called the manager who said to returm it as i found it, not taking into account that I would have to stop sooner to replace the fuel than I had planned. It was 12:45 I continue to move my goods and finally receive a confirmation e-mail from the dealer at 6:56 p.m. I did not check it as I was busy, and did not realize the order said rental for 5 hours. I got a call from the dealer at 6:05 saying the drop-off time was 7:30. I finished the move, cleaned and refuelled the truck, ansd dropped it off at 6:55, along with a dolly that we had not ordered or used. I got a receipt from U-haul, charging me for two rental periods since I was supposed to bring it back at 6. This overcharge is not accurate, and the two charges to my credit card were for $147.79 and the other for $23.46. The mileage was 26 ,miles, so the whole move should have cost me $50 at the most. Please help me undestand. Regards Rod

The truck was 3 blocks away and we had to go find it. And the shop owner has just tried to charge us $260 for a cleaning fee on an empty metal truck?! Makes no sense. There was nothing to clean and we left it exactly as we got it!

The cab was filthy and covered in dust and it smelled very bad. The storage area the back of the truck was also dirty. When I complain to the clerk at the front desk after my move she explained to me that no one had cleaned it since the coronavirus started. This is very concerning since that means it has not been sanitized all throughout the coronavirus and I had to drive it to move all my mother-in-lawâ€˜s belongings. It's very unprofessional and very concerning.

The staff was friendly and helped me with my complaint to uHaul for not letting me know that the previous customer was late, so I had to wait for almost 1 hour.

truck was not in good repair and the price I was quoted over the phone by uhaul was not honoured by the location. thirdly, I had to drop the truck in the evening but make a special trip to drop the keys the following day. not a great system.

The side window was smash the night before. Uhaul still rented new the Van whiteout it being repaired. As I am about to drive off. The window repair guys stopped me wanting to do repairs. However. They have the wrong window for the repair, as they were told the front windshield was broken. So they brought the wrong window. Anyhow, I drove off with the broken window and scatter glasses all over inside the van.

It all worked well. No problems.

Truck Share 24/7 doesn't apply to this location and the uhaul website does not work well at all. I still had to get the keys from the storeowner and go through a long check out process inside their store. The truck was 1.5 blocks away from this business.

I booked a 15-footer, but it was only 12 and a half feet at floor level. It was 15 feet only at the roof. I specifically chose U-Haul as opposed to a co-op vehicle because I needed a long interior to move objects just under the listed length. This 20% discrepancy was an obstacle, makes it hard to trust what is written on the website, and seriously makes me reconsider using UHaul in the future.

The truck was late half an hour. I ordered a dolly and it was not available which was very last moment and inconvenient

Retailer demanded a large deposit for mileage that was not realistic. Side mirror on vehicle was broken on pick-up. Retailer did not have any items available to rent like dollies, even though they were on my order.

Thanks for kind services.