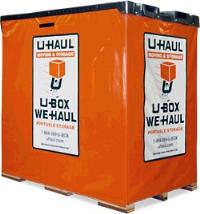 We had a similar issue with returning the vehicle. The location was not working so it took so long to return the vehicle. We almost had to leave and come back another time.

Use better tires. You need winter tires on these trucks in our area, I was sliding around yesterday and had a hard time staying on the road after I unloaded and there was no weight. The flatlandrr tires on there are dangerous in snowy conditions.

It was terribly cold and snowy when we picked the trailer up. The inspection date said it was good to go. when we loaded it up the next day, we noticed that drivers side front tire was flat. We filled it with air at the local gas station, then drove slowly to the Lebanon NH Uhaul (only one open on a sunday) and had them check it over. They recommended to monitor it and fill it daily, which we did.

I have no comments or recommendations.

Davis Auto was not the closest drop off. When I tried to drop off trailer and Truck at the nearest drop off (Bob's Sunoco) they informed me they didn't take trailers and sent me to Davis as they had more room in lot. I had been instructed by U-haul to take it to nearest place. Somehow U-haul communications got very confusing as they accused me of not dropping the trailer. I then started getting calls and emails wondering where the trailer was. I hauled the trailer at my expense as a favor to u-haul as they needed it they said in Vermont. When I was told I had checked in and everything was fine it did not stop the calls. I even received a call from another state (NH) wondering where the trailer was. Somewhere, someone, some how didn't do something right.???

Terrific place to unload a packed Upod. Under cover, on the level, and unwrapped .

Should not be a 24/7 pickup location. Can't access internet to do online checkin to gain access to truck

They were closed but there were clear drop off directions. Easy access and plenty of space. Received receipt promptly.

My experience couldn't have been better

I received a very good customer attention from the staff. Excellent job!

The truck smelled so badly of cigarette smoke that it gave my husband a headache. The odometer reading was wrong, and we tried to correct it, but to no avail. I have left messages and comments, we submitted the correct milage and a photo, AND YET I AM BEING CHARGED FOR THESE EXTRA MILES WE DIDN'T DRIVE! No one at Uhaul seems to give a crap about this. It's very unfortunate. I take to twitter tomorrow. I HAVE MUCH BETTER THINGS TO DO, BUT I AM NOT GOING TO BE RIPPED OFF!!!!!

Thank you for your superb service!

If moving blankets are requested, make sure they are in the vehicle. The ones I ordered were not in there

The whole experience of renting a truck from U-haul was terrible, from not having the right truck, to switching both my pick up and drop off locations to spots not remotely similar or close to the ones I had selected online, to outright rude customer service...submitted a complaint to customer service but I am sure I won't hear back based on the abysmal customer service I got when I had the rental.

The woman that worked behind the counter seem to have no idea what she was doing she asked me for my license I told her that I uploaded it she said well I need the license again. She told me that she didn't think they were any boxes available that they had sold out of all the boxes and then somebody told her yes they had boxes they had plenty of boxes Then I asked her if they had tape and she said they didn't know if they had tape she said I'm not even sure if we sell tape to secure boxes. I did everything online so I would not have to take a long time it's still took me over a half hour to complete everything inside then when she went to find the truck outside and they were only six trucks she couldn't find one and I had to wait even longer just didn't seem to know what she was doing Very stressful

On web site, boxes were sold and I bought 10. They were not available at the pick up point as expected and to my surprise they were going to be shipped at a cost which doubled the expense. A real turn off ! I tried to cancel but was minutes too late. ??

A lot of problems in getting the reserved rental.It took over 3 hours from the time I arrived until I left with the truck.

Personnel did not know how to complete the paperwork to rent a trailer. It took over an hour.

Personnel was not friendly and inviting. They acted like they were doing me a favor (rather than treating me like a paying customer).

When we arrived to pick up the U-Haul we had a huge hassle about getting it and our scheduled pick up time for 9:00 a.m. at one specific location was changed to another location, in the end we got our truck an hour and a half late. Then when we examine the truck there was a ton of damage and it was completely filthy with broken glass jammed in the sides inside the truck, and the truck leaked water all over my belongings. When we return the truck we were billed 90 extra dollars due to the fuel not being full at drop off because they claimed that the fuel was filled when we picked it up and it was only at a quarter of a tank. We returned it at a half a tank and didn't get reimbursed for that but instead we got charged 90 extra dollars. And they did the same thing to us the last time we used their truck so I don't recommend at all. I will buy my own truck and take however many trips it is necessary to move the next time.

Very disappointed....we were overcharged. Charged for daily rental fee of $19.95 and a rental charge of $39.95. I will look for truck rental elsewhere.