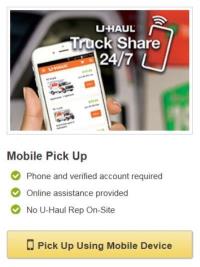 Insurance was automatically added to my bill without my consent. I had booked my rental online the night before picking up the vehicle. I specifically indicated in my online reservation I did not need added insurance (my credit card provides this service). I rented the vehicle the following day, I was not asked by the agent whether I wanted insurance for the vehicle. Upon returning to the location I noticed the charge for insurance, I commented to the agent that I had not requested it and their explanation was "It must have been added by itself." and did not offer to reimburse the fee. The agent seemed the be experiencing difficulties with the booking software and I had other pressing matters to deal with, hence my schedule didn't allow for waiting and arguing with the agent. I understand that I should have looked at the contract prior to accepting the rental and asked for the charge to be changed,BUT having specified online what my requirements were I understood THAT to be the contract agreement and did not expect an optional fee to be added without my consent. I'm very displeased with this outcome and would like reimbursement of the unrequested insurance fee. Furthermore, I just noticed that my credit card statement does not match the fee on my contract. The contract indicates $50.76 while my credit card states $57.89! What is going on? My U-Haul order was #28237205

Used the online pick up and it was a nightmare to negotiate my way through. Made sure I returned it during business hours To avoid having to go through a possible similar process Owner at Service Center was great...very friendly, helpful and welcoming.

The cab had food trash under the seat. We didn't notice it until the smell led us there. Gross. Also, the fuel level upon receipt was lower than the prior driver had reported.

Rick was VERY helpful and professional.

The outside was not as good as it stated we took 10 photos. Also the gas was not where it said it was.

Rick was awesome and very kind!

Rick at James Bay Auto was great. Without his assistance, I wouldn't be able to pick up the vehicle. Before I arrive, I thought I have completed the self pick up procedure. I even have the reservation number! However, when I tried to pick up the vehicle with the app, it didn't work. Fortunately, Rick was there and helped me through the rental process. Thanks a lot, Rick.

The young man who created the rental document was proficient, another had the truck running and waiting for me. The fellow with the contract stuff was too busy serving gas bar customers to pay full attention to me. He didn't read the contract with me or for me. I didn't sign the contract. He sent it to a printer in the back and the kid with the truck appeared with it. I didn't know the truck had limited mileage and I was charged an extra $104 when I returned the truck.

Very friendly and pleasant to deal with!

Rick was extremely helpful. He helped me out this morning when my self-serve mobile attempt wasn't working, and he was very patient and resourceful on the phone when I had trouble returning the key. Great place, great guy. Thanks Rick!

Help over the phone from headquarters was awful. Poorly trained and unhelpful. My online account was never fixed after taking to 4 different people throughout 2 weeks. It was like they were too lazy to do their jobs. Very unsatisfied with customer service.

While we were very impressed with the owner of James Bay Auto, we were very disappointed with UHAUL. We came from the mainland to rent a van for the day to help mom move. We booked 9-5(we knew it would approximately). I phoned at 930 to say we were on our way as we were walking to get the van. When we got there another lovely family were there to pick up the van(THE ONLY VAN). We were told that because we were not there at 9, they rented to someone else??? Because i had phoned, they gave it to us but we felt really bad for other family. i was also not advised on the phone that the place was closed at 3(we were told we were charged additional 20plus dollars for after 3 drop off. We could have gone to Budget and paid less). We appreciate rules and regulations, but should have been told by UHAUL on the phone that these were the conditions. Being a little late for pick up should NOT lose our rental. We have never heard of such thing. At least call us?? In future, i would recommend you disclose this with your customers. Again, please note the owner of the shop handled the situation as best he could. We had no issues with James Bay Auto.

Everything was perfect, thanks to Rick

Location is very small and close to a high homeless/drug-using population, so felt unsafe in the area. Also ordered 24 blankets and only got 11. Was told my invoice would be adjusted, but discovered on my return that it wasn't.

My boyfriend had to go to THREE U-Haul locations before finding an available truck. He paid for the kilometers and such after usage, so why did he have to pay 40+ dollars beforehand as well???? Don't advertise 19.99 low fee and then throw all that other shit on top.

to be honest with milage and fuel level. fuel was wrong it was below half and on my paperwork it shown above half, mileage was 2 miles over, i took a photo to prove it.

It was a pleasure dealing with Rick. All went very smoothly. I would rent a u-haul truck/van again from him. The van was in perfect condition. Thank you!

He was very helpful in correcting some errors on my invoice and sorting out the problem for the fuel reading error as when I picked up the truck it was lower than on the contract.

I have no complaints about the in person location. The experience of the booking was horrendous though. Making my reservation, the conflicting emails the texts the dozen phone calls. I will NEVER us Uhaul again.