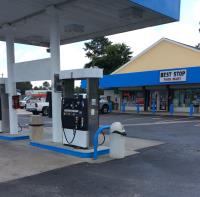 Employee when i attepted to pick up trailer at 730am had no clue what he was supposed to do. He had to call u-haul and then another store employee. Meanwhile, I called u-haul also and Kevin got me going in no time. Finally got moving at 8:10am. On a good note, equipment was perfect.

Horrible I would give zero stars if I could. My reservation was changed from the location I chose and from the equipment I selected. The truck was too large for what I needed but I decided to just leave it instead of trying to change my reservation at the last second. So I drove much farther to pick up the truck on the morning of my move for my 8:30 reservation. I had scheduled a mobile pickup so was hoping to just get the truck and go however when I signed in on the uhaul site I was informed I had to wait until the location opened at 9:00. I had movers scheduled to be out my house at 10:00 so I was less than pleased already. So I called the uhaul 1-800 number and had to wait 8 minutes on hold before I could get someone. The woman on the phone was helpful and told me to just go inside the convenience store and ask for the keys and she offered to stay on the line while I did it. I told the man at the counter that I was there for the uhaul and he asked if I had a reservation I told him yes. He made about 3 calls on his cell phone to someone and then told me they would be there in about 3 minutes. There was a bit of a language barrier so I really wasn't sure what was going on at this point. I waited for at least 15 minutes before another employee showed up. Honestly I wasn't sure if she worked for uhaul or the store or what as she was wearing pajama pants and a sweatshirt. She got my equipment and paper work taken care of and got me the keys (this took at least another 10 minutes to complete that I wasn't anticipating). I left as soon as I was finished signing as I was late at that point. The woman on the phone told me to make sure to let the uhaul rep that showed up to give me the keys know my frustration and honestly I would have asked for a discount or refund but I was so confused at the whole situation I didn't know if either of the workers in that store could do anything. I can honestly say I will never get a uhaul again. Too much stress trying to get my equipment and the truck was way too big for what I needed, everything shifted during the move and the truck was too big for me to drive comfortably. Just and awful experience on an already stressful moving day.

They did not have the equipment i ordered at all. The completing the reservation took a long time. However the lady that helped me in the store was very kind and professional.

This location was convenient but the store itself was very shady. I would not send my wife there alone.

This is a convenient store location that seemed to not know I had a reservation. The counter person had to call for someone to come which took 15 minutes for them to arrive. Damage on the equipment had not been already annotated. The lady was nice and did annotate the equipment issue I identified, but this cost me more time. Checking scheduled pickups daily might help.

Your call center does not have a clue the inventory of how many trucks and what's available at your locations. Extremely frustrated for someone who is moving long distance.

The place was suppose to be open and wasn't. It was a gas station and no one was inside. After 20 minutes of waiting outside some one came to the door. They did not speak English. The best we could make out was the owner was not there to accept return and wouldn't be back for an hour. This was unacceptable as we were an hour early to return no one was available for first 20 minutes only to find out no one could help us with return, which meant we would have been charged for an extra day. The customer service team for Uhaul was incredibly helpful. However the drop off location was a a joke and wasted our time. This location has no business being a drop off location. Also we did file a formal complaint with Uhaul in hopes someone else doesn't have the same experience my husband and I went though.

The drop off location was ok. I didn't have any issues with the drop off

She made me wait almost 20-25 mins so she could accommodate lottery people and convinnece store customer and then I had to convince her to do the check on mileage and gas which was more then I was given at pick up.

Do better in scheduling. And both locations I rented from were awful.

The only issue i have is I was told if the vehicle was turned in a day early I would get a credit for using only one day of a two day rental. After calling U-haul today I found out on a 'one-way' rental there would not be a credit. I will definitely take that into consideration before selecting U-haul.

- waited over 45 min to get trailer - sales person could barely speak English, hard to understand - located inside gas station with mosquitoes - salesperson helped gas station customers prior to us while we were standing there waiting for over 30 min - salesperson ended up calling 3 different people to try and figure out how to rent uhaul out - she was not prepared when we showed up on time for our schedule apt of 4:30 pm - no printer on site to sign contract - I am requesting a complete refund, due to major inconvenience and poor customer service - I have not had this experience with prior uhaul reservations, as this time it was a disappointment - I am requesting a written response and confirmation of receipt

They would not take the truck on 7/1/18 because personnel was not trained and asked us to come back the next day. Then, they wanted to charge an additional day. I was not pleased with the experience.

Took over hour to check out the truck. It was dirty

Store was closed during appointment time of rental pick up (7am). Rental wasn't clean and paperwork was wrong and I was over charged!!

customer service was very sack. Nothing was explain to me until I bought the truck back the same day. they were very unprofessional about letting me know what was going on and I will never ever go there again or recommend anyone to do business with them

The overall experience was very poor. I made reservations with someone on the phone less than an hour before we went to pick up the auto transport and when we arrived they told me they changed the pick up location. It was after work and almost closing time and we were then sent to another location. We got to that location and it was closed but also had no car carriers at all, only one truck in the lot. So I called back and by that time almost every location was closed and after being on the phone for another 15 minutes she had us drive across town way out of our way and got there to find it was only a car dolly and not a car transport. I had to take it as my son was stuck on the highway and no tow trucks available for several hours. As it was all the running around we did to get it still took another hour and a half. I feel that I should be given some kind of a discount for all of the headache I was caused having to go to many locations and not even getting what I had reserved in the first place.

All worked good. Won $100 on lottery at the store.

This location was awful. It was a gas station again, but because the first location worked out I did not think much of it. However, this area was even smaller and there was no designated uhaul personnel. The woman working seemed confused on the uhaul process and did not know how to unnattach the trailer. She told us we would have to back the trailer up and remove it ourselves. As customers who have always had workers attach/unnattach the equipment, we were confused and asked what she does when a customer comes to pick one up. She simply replied that any customers must attach the trailer themselves. When asked to call the manager, she simply replied he was unavailable. Thankfully (as customer service would not pick up my call), a passing customer recommended another location. It was on 400 orchard drive, west Columbia sc, I believe the store number was 78301. The worker that assisted me was johnny and had it not been for him I would confidently say I do not plan on using uhaul in the future. Not only did he remove the trailer, he was friendly, knowledgeable, and simply had me pull over to a designated area for the removal. He was very helpful. This experience is the 2nd time I have had an awful experience with uhaul personnel and it has proven to make moving more difficult and stressful, not easier. I have learned that with uhaul it is all about the knowledge of the workers you find. With a company that prides itself on it's moving capabilities, I would think they would try a little harder to only hire and send equipment to the best of the best. Not just throw whomever into the job, and not send trailers wherever the money is.

This location was very difficult to deal with. We always try to use actual UHaul facilities because this is the norm when dealing with locations "with" rental instead of UHaul rental locations. It took over an hour to get checked out and hooked up. The female cashier had no idea how to handle the transaction. Finally she got her husband to drive over to assist. He first tried to give me someone else's rental (for a truck... I had reserved a 5x8 trailer). Then he could not seem to stop the system from charging me the insurance which I declined. After waiting 45 mins I let them know I needed to use the restroom.... which not only did not lock but it had a hole where there used to be a door handle. There was no working light and literal feces smeared on the wall... this place was unorganized, frustrating, and disgusting. "Best Stop"... more like "Worst Stop". Never again.

We reserved a truck online in Lexington SC. When we arrived to pick it up we were told they didn't have one available. We were sent to another Columbia location. While in route they called and said the truck wasn't available at that location and that we would need to go to a different location. When we arrived they had just rented the truck that was reserved for us. Then they sent us to a fourth location where we were finally able to get what we needed even though the clerk was very hard to understand. It took four hours to rent a truck that was supposed to be reserved. Very unhappy with the service we received.