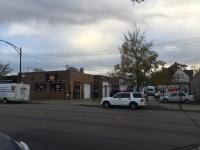 1. The moving help sent was completely inept and overpriced. I paid a fraction of the cost for unloaded at the destination who actually commented on how poorly the boxes were packed. Almost all our furniture is damaged. 2. The boxes weren't sent when they were supposed to be resulting in waiting an additional 8 days for our things. 3. Despite scheduling weeks in advance, the driver I Salem is "over hours" for multiple days so the boxes will be blocking our drive way for 10 days. 4. Everytime I call, I wait at least 45 minutes on hold. I will never use Uhaul again. Cheaper than other places sure, but you get what you pay for it seems. I have to go back to Chicago to move a storage unit because the movers were so bad and the box estimate I was given over the phone was so inaccurate and I will be using Upack.

I rated the pick-up experience as average, but there was a reason for it. The U-Haul rep had fallen ill so the guy at the body shop contacted him by phone. This made our stay there longer than usual. That said, the guy there and the guy on the phone were very efficient and helpful.

The owner was rude and angry. He threw his pen and pad of paper and complained about Uhaul the entire time. He snapped at me many times.

Locked gate which makes it difficult to access when there is no personnell available; No exact directions or guidance on the sign or online as to how to drop off keys. Unlike other locations, there was no orange uhaul drop key box (which is also pictured in the tutorial video ). Therefore, it was unclear.

This Uhaul pickup location went above and beyond to ensure that I was taken care of. I scheduled my pickup online at the very latest time shown available. It turned out, they were closed a half hour before my appointment for pickup. As luck would have it, there was a gentleman still there who processed my rental on his own time. You don't find that anymore these days. Though I didn't get your name, I wanted to say thank you so much for taking such good care of us.

They were a bit disorganized when I arrived. The boss was not available and we had to wait about 15 minutes.

Friendly and nice. Not near the location I requested and did not have equipment requested.

unprepared for pick up. didn't offer walk around of truck, had to ask for it to confirm no damage. was not given dolly that was ordered (but was still charged.)

There's a Manager named Ray that I think should be reminded about customer service experience. He is unprofessional. No follow-up skills. Also, never in office. Works from home and late for work when he does come in.

First of all, this is not the location we contracted for with uhaul. We were sent to this repair shop after our original order was not available. The truck we got had a busted rear-view mirror on the right hand side, which made is almost impossible to drive. Also, we were supposed to get a dolly and furniture cart, which we did not. Finally, the delay in getting the truck cut into our time we had with furniture movers, meaning we had to do most of the heavy lifting ourselves. All in all, it was not a pleasent experience.

Get your information correct.

Did not have any of the extra equipment (appliance dolly, furniture pads) I had requested. Truck did not have the indicated amount of gas in it (Contract claimed 1/4 tank, but when I got in the truck it said it only had 50 miles worth of gas left). Interior of Cargo section of truck was covered in broken glass and a sticky, fowl-smelling substance that nearly made one of my movers sick. This experience was enough to make me consider never using U-Haul again, especially as this location was 40 minutes away from the location I had requested to pickup a truck from when I booked the truck online--which was 4055 N Broadway St, Chicago, IL 60613, a location that also bumped a friend of mine who tried to get a truck there previously to a location over an hour away. Not cool.

I would not recommend this location. The attendant was late and she was more concerned with her conversation on her cell phone than opening the door for customers waiting to get it. I didn't like that this location was only open to provide the rental but not open for the return. My rental was set for 11AM with a 4hr return window.The attendant arrived at 11:20AM. I had to call her and make her aware I was waiting. She provided the keys, explained about the milage/gas but never reviewed the condition of the van I rented. I was told she would leave the gate unlocked because she lives close by and only come in on Saturdays process rentals. I was instructed to leave the keys in the drop box and by final bill would be reviewed and emailed to me. I was uncomfortable with this because I wanted to see exactly what I would be charged as a final bill. I received an email with the final bill attached. It was sent in a format I couldn't open. I email a reply per the instructions sent to me requesting a receipt in a format I can open preferably PDF. This email has bounced back to me twice. Can you please send me a copy of my final bill? U-Haul Contract 23220319

They left the Uhaul running with the A/C on which would have been great if that didn't waste gas. I was already upset that this wasn't my preferred pick up place. I did get an extra 20miles which in the end still didn't help.

I made a reservation for a bigger truck and no location had any in my area. When i called u haul the manager i spoke to was very rude and unaccomadating. She wanted to send me very far to pick up the truck i needed and when i asked for at least a discount for mileage she told me no because I chose that location. I explained to the lady the only reason I picked the location is because your website said it was available. The lady inside the location was nice but she called a manager to see what he could do for me and he told her he'll call back and never called because we waited for a hour. I will never rent from Uhaul again.

Prices are a tad bit steep

Th rental was shutting off during my whole move. Was not able to turn heat. I was cold and irritated with this rental truck. Need to keep up with maintenance on rental truck especially when it's freezing cold out.

I do not understand why when I booked on-line they sent me to a fake u-haul site when there are two real sites a mile from my house. When I went to return the trunk the qan behind the counter new nothing about your product because she worked for the days inn. I had to wait 20 mins for her supervisor to come. When he got there he couldn't open the u-haul office. He said that i has to wait for his supervisor. I told him that I didn't have time to wait. He said that I had no choice since I had additional paperwork to sign. I said that I already waisted 30 mins because of his incompetence and that I was leaving. I left him my cell number and said to have his supervisor call me. His supervisor has not called as of yet. I would appreciate if someone could call me at 215-284-0775 to confirm that the truck was logged in properly. I returned the truck with the exact amount of gas it was given to me with, and it was in the same condition received. J also had the insurance so I am sure that everything is fine but I would like to have something In writing.