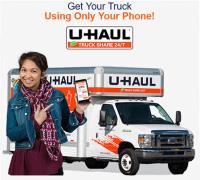 I have had multiple interactions with this location and and always found the personnel friendly and helpful.

Work on speed of picking up vehicle rentals and maybe make sure you let the customer know that they have to pick up any extra equipment themselves (ie not pre loaded into rented vehicle). I was scheduled for an 8am pickup but it was more like 9am by the time I actually got everything and was leaving the lot which means I paid 3 guys I hired $20/each to stand around waiting for me to get to the house we were moving.

Prebooked a truck and it was not there after all the paperwork was filled out in the office. The next truck they tried to put me in had BALD tires. That morning it was below freezing and snowing. Third try was a vehicle they had to call into head office as they couldn't find the keys! Oddly, that vehicles' windows had been left rolled down slightly so the interior was full of snow. Don't believe it was cleaned before it went out to me (COVID!!!). After returning the unit I've discovered that I have been double billed! Called the store directly but was redirected to a very nice helpful lady at a call center. She agreed that something is wrong with billing and sent a message to the franchise. However, I still haven't been contacted by this operator to have the billing straightened out. EXTREMELY DISAPPOINTED!!

Everything was great thank you so much!!!

Booked a open 5 by 9 foot trailer 1 week ago received conformation 88378243. Picked up trailer today the one They gave me was a 4 by 8 foot, and was not told it was a smaller trailer. When I got to where I was picking up my lawn tractor It would not fit in the trailer that they gave me, as it was to narrow. When I returned later to u haul dealer I asked why they gave me a smaller trailer and not tell me. I was told the first 2times they don't have any 5/9 foot trailers. The last time I was told the one I ordered had a flat tire. Terrible customer service.

The vehicle hadn't been cleaned out inside. There were Oreo cookies behind the seats and the windows were filthy. We had to stop at Canadian Tire to buy cleaner and paper towels. Vehicle ran great and was comfortable though.

We used the online check in before we arrived, very smooth transaction.

I went in several times and twice I was able to get assistance right away but all other visits there was 4 or 5 staff in the store and all but 1 disappeared into a back room and the 1 staff left was on the phone. My husband returned the crates and experienced the same disappearing staff situation. The staff that did assist me were very helpful and pleasant.

Extremely smooth, from ordering on line in advance, to picking up at a easy location....lots of room to navigate a large truck.

Staff seemed stuffy/unfriendly and hard to approach. As a first-timer at this facility, the lack of care to explain how things work made us feel very intimidated. The main points that were poorly explained were refueling the rental vehicle and where to park it upon returning to the facility. The signage wasn't the easiest to follow and the instructions for refueling (specifically finding out how much we used and needed to replace) were not clear. Also we were told we travelled over 20km (and charged for it) when we only travelled roughly 10km total (4.5km one way) We were then told we should have put another $10 of gas in.. (we put in $5 and then were charged $7.xx for being short). Either we were scammed or that is really terrible gas milage! Over all not very impressed with the poor customer service we received. Vehicle itself was in good working order and served our purpose well! Probably won't go back nor recommend this company.

Al good. Great people on the phone (Scott) and good service when we arrived. Will be back.

Can improve the Vehicles to be more equipped for snow, i was stuck in snow for 8 hours an wasted my day because the van couldnt make it through 6 inches of snow

We rented a trailer for moving from Kelowna-Squamish (through one of the most dangerous highways in Canada, unfortunately during a storm). We were held back on our first day, when we were supposed to hit the road, because we noticed they sent us out with a trailer with a flat tire... this took way longer than expected (and promised) to be dealt with and pushed us to have to drive during the peak of the storm the next day. Low and behold, first thing the following morning, the first thing we noticed was the 2nd tire on the same side of the trailer was flat now. The chains were also fixed on very wrong by the staff member, with a foot of chain dragging the pavement. We were in a rush and holding up the new tenants by a day and a half now. I showed up at the location we got it from and they said there was nothing they could do about it unless we want to re-pack into a smaller trailer... which was physically impossible and wildly inconvenient when all that was needed was a switched tire. We were forced to use the trailer on the indescribably sketchy drive& stop to pump the tire up along the way (this one was a slow leak). The brakes (I believe) also were having a tough time as they started bellowing smoke as we neared our destination. After arriving, we called uhaul to say we don't feel safe driving the trailer and the least they could do is pick it up& save us another hour with it all the way to Vancouver... they relayed us to roadside, who said they could pump the tire/ look at it for us so we could bring it there. We did this ourselves& drove it. When arriving we were greeted by the best person we've dealt with in the company who looked it over, listened & agreed this trailer should not have been sent out. He also brought to our attention that the wiring from the trailer was literally melted. You guys avoidably put our lives at serious risk in a very unpleasant rental that should have been smooth-ish sailing if it weren't for the absolute negligence. Trailers are very, very basic pieces of equipment so overlooking all these serious issues is pretty impressive. The people at the drop off location told us to contact uhaul as there's no way someone should have to pay $400 (let alone$.01) for the awful rental experience. I wouldn't expect this from such an acclaimed company

Had been given the furthest storage locker possible from the entrance even tho vast majority of storage units were empty and unused.

Said I didn't pay for gas when I put $10 in. Said gas Guage wasn't above 1/2 when vehicle was brought back and charged me extra. Very unhappy with uhaul experience

Bernie apologized for lack of cleanliness of back of truck. We swept before returning but did not receive $25 discount we were informed is available if we do so. Bernie was awesome under trying times at end of the month busy time. Thanks Bernie.

Trailer deck was dirty I had to wash it

Every time i rent a truck the customer service is worse. This time, when I went to pick up me and 2 other people stood in the waiting room for 10-15 minutes in an empty store without a staff member in sight. Also, the online return tool does not work! 3 times now i've rented trucks, the first 2 times were after hours so i was charged a $20 return fee each time. I have tried on 3 different phones now, 6 months apart, all times it says "U-haul cannot determine your location" and i'm forced to just pay the fee unless i want to sit on the phone at 9 pm in your parking lot for 30 minutes. If there was another option i would rent elsewhere but uhaul is the only affordable option.

The man the gave me the keys and did my inspection after was super friendly! He got me on and out of there super quickly and he was very helpful and kind.

Provide walk around of the vehicle (26 foot truck) prior to use.