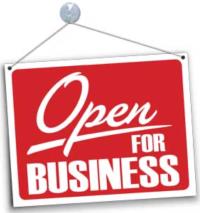 Great customer service, my biggest complaint is pricing. I paid $70 to take a truck across town. Ridiculous. Despite the amazing customer service I received, I'll not be coming back because of the prices. Very annoyed. Also I was an hour late and you cancel my reservation with no call? Really ridiculous

Check in and out was smooth and easy

The gentleman that helped us was such a nice guy. He made it very easy to get in & get out. He was friendly, the place was clean & he was very responsive & respectful!

They were friendly. But they don't service the trucks. The truck I received was extremely dirty inside and out. I did not feel comfortable taking the truck and called in to the hotline immediately with my concerns. Was told just take it and when I was finished with it. Then I could file a complaint

The trailer was missing the electrical cord. No one was available to help us hook it up. The rental agreement was illegible because the printer was out of ink so I had no idea that the trailer was due back by noon. I thought I could return it any time on the return date. I was charged an extra $20 for it being late when I didn't even know when it was due. The person who helped me however was very kind.

The equipment was clean, but the lights didn't work on the first one we rented - AV0365F - the manager said it had just been rewired. We got a different one and he said he was going to update it in the system. He never did so Moscow wasn't sure if they were going to take it. He was also going to change the deliver time to 3 and that too was not changed. Very nice and a "yes" man, but didn't follow through.

be able to transfer equipment within stores without extra fees.

We had issues at both pickup and drop off. I first made an online reservation and it said "reservation not found" even though I had the confirmation e-mail. Then upon pickup the clerk attempted to charge greater than the quote even though we drove fewer miles than estimated. It eventually was worked out but took a very long time and was very frustrating.

Check engine light came on. When called a 6 minute survey interrupted call to a person to get the situation reported. Also the trip was unable to be altered because when called we were on hold 20 minutes and once connected the call was dropped not once but twice.

I went to rent a trailer on a whim and saw one in the ace hardware parking lot. I ran in to rent it and the gentleman (Bob) "checked the computer" and said it was reserved and that should go online to find one. I went out to my car, got on the app (which would not work right) and then called the number. I was told there was one available at ace, so I reserved it. I then went back into the store to get the trailer. Bob was "having issues with the computer" and even asked if he could go show another customer where something was (the other associate did not know where to find it) and left me standing there (he did say, "you don't mind if I show her where this is really quick?". Finally, 20 minutes later I was able to go hook up the trailer and be on my way. I understand that sometimes there are computer issues, but I felt I was being blown off (that is why I got on the app and called before even leaving the parking lot) It was not a very pleasant experience and I had all I could do to stay calm and not just walk away.

I would recommend that you allow the business that rent your equipment to the public to have access to the decals that show what damage has been done prior renting it out to others. I called the person who authorized this rental outside to verify the condition of the equipment. She was very professional and documented all discrepancies that I pointed out. I asked her to put the little X's on the scrapes and she informed me that they do not get any of those decals. Just beware of that. All in all it was a great experience just like it always has been in the past.

The first truck we rented had the gate broke and we didn't realize it until we got back to our house. Then when we went to pick up another truck they gave us a new truck but didn't print out a contract for us or change it in the system so when we went to drop off the truck in Twin Falls at the U-Haul store it said that we were supposed to have a full tank of gas when the truck only had a quarter of a tank when we got it and they still had the wrong truck in the system the guy at the U-Haul store at Ace Hardware said that he was going to update the system with the new truck and the e correct amount of the gas in the tank but he didn't.

I needed to extend my rental & I made the decision late on a Saturday night. I called Customer Service & was connected with an incredibly sweet & professional lady. She was so very helpful & I was done within minutes. I will definitely use UHaul in the future!

Key was not in drop box. Had to wait til 9am for the store opened and go in and get the key. He didnt apoligize and could care less. So I had to pay my movers extra due to having to waste time and waiting for the store to be open. Also, i was told it would be the same rate and mileage charge as the 10 foot truck I reserved. That should have been .59 per mile but was charged at .79 per mile. Overall you guys cost me over 100 dollars more than what it should have been

The online way to rent is a pain, requiring 2 different people to be contacted, having to go in to get the key anyway, and taking far too long of a process that should be quick and easy.

Not a thing. Excellent service.

Didn't get the moving blankets because they only had 2 at their location.

pickup location was great but reservation and paperwork was a nightmare. will never use u-haul again. couldn't complete reservation online, had to call. email contradicted pickup time and took 1 hour to muddle through the pickup information due to all the red tape and a u haul online process that wouldn't accept the information. terrible experience

get the right email address

Took too long to check in and get approval. Not the customer services clerk fault but the system required way too many extra licenses and personal backups. Check in was over 30 minutes in length.

Agent seemed to have some trouble with the ordering software. It may not be user friendly. I went in to do a reservation instead of doing it online.