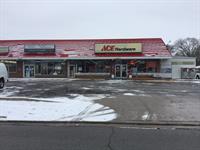 Great friendly, helpful staff at this site! I especially liked the huge 11 month old dog rambling around the aisles making sure everyone was safe and doing their job! Every site should have one of these!

It would be helpful that the vehicle not stall out locally on a State Highway during peak rush hour. OBDM codes indicate crank timing is out, as well as as a seperate emissions canister issue. It ainâ€™t gonna pass the State emissions test for plate renewal, I can tell you that. I donâ€™t think itâ€™s the fault of the agenting so much as inferior servicing by company service contractors. I would have used the vehicle longer, but with my core mission completed, thought it best to bail on it before a rod left the block through a hole. Have a nice day.

We were very upset that we were charged any gas underage. We were very careful to put it right back where it was a d at $2.21 a gal. And you guys charged us for gas?? I don't think so. We are on a fixed disability income and can't afford your $4.00 a gal charge! Especially when we put it back where it was. Overage mile charge. Is it possible you guys miscalculated?? I'm pissed about my extra charges. I thought charging 48 hrs for a one way was ridiculous since we could of had it back within one day. Pick up morning and drop off afternoon. We will probably never rent UHaul again because we thought that was ridiculous pricing. $200 was just ridiculous.

The online pickup is not very good, I had to go in the store to pickup the keys

It was fast and easy. Customer service was nice.

Everything was good, the process went smooth and quick.

I was charged a $0.99 rate per mile. That would have been fine. However I still have to replace the gas. I would have assumed that was part of the per mile rate. On top of that I asked what gas mileage the truck got. In order to calculate how much gas to replace. That information was not know by the attendant. An advertised rate of $20 per day truck rental actually cost $70

Staff was very friendly and helpful in the reservation process, as well as in the pickup and return of the truck. I will always return to this location for future needs. I appreciate their work and professionalism.

The back of the van was clean...And the service at ACE in Portage is always excellent! But..it was so important t to sweep out the back before I returned it...but the front was dirty..it was unusable..but i just thought it was funny that they were so worried about it getting swept out maybe they should have cleaned up the cab!

For having just one box truck and one cargo van, they do a great job!

The guy who checked us out didn't know how to use is computer. It therefore took a longer then necessary time to pick up the rental truck.

Over All I feel Like I got over charged, I was given a in town rental & wanted a one way. was charged 1.19 a mile, I will go with another company that is more willing to work on a rental, it wasn't the Ace Employee it was a reservation made on the 800 line!

When I dropped off the truck, I was charge $40.00 extra because I was 1.5 hours past the due time. I did not know there was a set time I had to drop off the truck. All the person told me after I asked was it is a U-Haul policy and nothing he can do about it. Can you tell me where it states that you have to return by an exact time?

thank you for coming to portage,

Had what I needed and the process was quick and friendly.

As per the contract, I did everything I was instructed to do, including filling up the gas tank to the level of gas it was at when I left. When I dropped it back off 10 miles later, it seemed it had been a perfect experience, but not so. I thought it strange that I didn't get a paper receipt and that the employee told me he had emailed it to me. I also found it unprofessional when I asked him how much I was actually being charged and he told me, "Oh, I don't know. I didn't even look." It took about 20 minutes for the receipt to come through, and to my amazement, as I was reviewing my charges, there was a charge for gas! I put gas in it, as I mentioned above, but yet I was being charged twice! Worse yet, the fact that I was getting a gas charge was not even COMMUNICATED to me by the employee! What? Most people don't check? Well, guess what? I'm not most people. This was the worst UHAUL experience I've had, and I've used this service at least a half dozen times! This employee was purposefully trying to be manipulative, which is why he didn't tell me he was charging me for gas. Had he told me, I would have walked him back out to the truck immediately and shown him my gas receipt so that I would not have received this erroneous charge. It's all about communication and honesty, and this location did not utilize either of these qualities!

Process took a little longer than we expected, they seemed to be training. Also, when we made the reservation we declined insurance, but when they tang us up they ncluded it. We asked if it was required and they said it was strongly recommended and swiped my credit card. The swipe didn't go through so we reiterated that we wished to decline the insurance. This was frustrating and it felt like it was being forced on us. I can only assume if the credit card swipe went through they would say they couldn't refund it. I don't know if I would use this location again or not...

I reserved a 15 foot truck. I was given a 10 foot truck. I tried to find out if I would be able to get a 15 foot truck or a partial refund for my inconvenience. They refuse both,saying I had a 15 foot truck even when I had a tape measure proving my point. It would not have been so bad but I was moving cross country and had to leave many things behind. I am very dissatisfied and will never recommend or use U-haul again.

The man we made reservations with was great , he was there when we picked up the uhaul as well. I asked him all specific questions about overnight and when to return as well as the rate however, when we returned with the truck there was another man there the next day.. We were originally told that the rate would only be 29.99 plus 70 cents per mile because of it being sunday and also the fact that no one else had a reservation for the next day.. I even called sunday morning on February 25 2018 and ask about what time to bring back at the same rate which was said to me again it would only be 29.99 plus the gas.. Well it was not we were charged for 2 days which i think they just screwed us i feel screwed over considering i ask all the questions before getting the truck.. Ill never go there again!! Ken taylor...